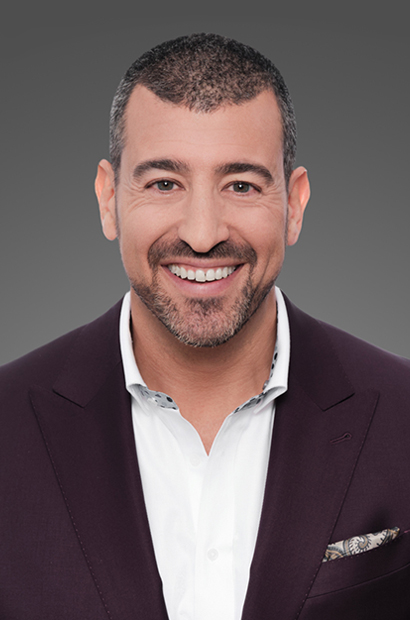 Twenty years ago, I left my own start-up. But things didn’t go according to plan. I received poor advice and suffered financial setbacks. Since that experience, I have dedicated myself to preparing my clients so they can avoid the financial mistakes that I made. Together, I help them align their specific goals with their family priorities to make sure we succeed and enjoy the process!

What has inspired you to stay at Bernstein for as long as you have?

I am inspired by Bernstein’s relentless pursuit of improvement. Bernstein is not a place where you can coast on your laurels, and no one accepts mediocrity. A client’s financial well-being depends on our excellence.

Every member of the firm—from the CEO to the heads of investment services to junior analysts—is expected to be involved in training the next generation of talent. In doing so, we not only educate future leaders but we also push one another to ask fundamental questions: WHAT are we doing for our clients and HOW can we constantly improve?

Tax law, the investment markets, and family dynamics are constantly changing. We can’t be satisfied with only using the tools we relied upon in the past for success. To be prepared for tomorrow, we must be relentless in our pursuit of excellence and ingenuity while holding all of our colleagues to the highest levels of accountability.

What inspired you to join Bernstein?

I endured a terrible experience with my wealth when exiting a company that I helped start. While moving across countries and changing currencies, I had to reframe my mindset vis-à-vis my portfolio from feeding it to having it feed me—all while the equity markets suffered a historic collapse. Ultimately, I received poor advice. But instead of letting that experience drag me down, I decided to learn how to help other entrepreneurs avoid making those same mistakes. That desire to help others is what fuels me to this day.

Who has been the most influential person in your life?

Dr. Paul W. Ambrose has been the most influential person in my life.

When we met while I was still in college, Paul was eight years older, a practicing physician, and from a small town in West Virginia. Though we couldn’t have been more different, we created a limitless friendship that forever changed my life. He had the ability to accomplish, and motivate others to accomplish, more than seemed possible. As former US Surgeon General C. Everett Koop said: “Paul had the ability to put as much effort into four or five projects simultaneously with the same zeal you and I would put into one. He was sensitive, self-giving, and the very model of what a physician should be to his patients.”

Paul was the most ambitious person I have ever met—and also the humblest. He set his sights on improving the world by changing how communities view their relationship with food through education. He did this while serving as Deputy Surgeon General, volunteering every week at free medical clinics, serving on multiple medical boards, starting an obesity company, and acting as a relentlessly engaged friend.

Paul was on American Airlines Flight 77, which crashed into the Pentagon on September 11, 2001. My wife and I named our first child in his memory so that every day we recall the passion that he instilled in everyone he met.